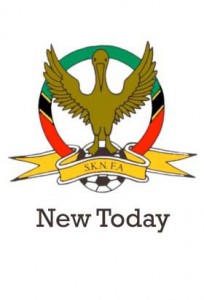 The football Association will once again be hosting a small sided tournament on Saturday 5th and Sunday 6th February in Saddlers. The 7 A Side Tournament will see all teams playing for a cash prize of $1500.00. This tournament is part of the Association’s plan to have more games being played in the Federation and to improve the skills of the players.

“More small sided games are being played this year for two reasons, to improve the decision making skills of the players and to also improve their goal scoring ability and skills.” explained Lenny Lake Technical Director.

There will also be an exhibition match played between the Nation Women’s Team and the National Boys U-15 Team on Sunday. The weekend is gearing up to be an exciting one filled with lots of football action.

Coury Conaree Gatorade won the 5 A Side Tournaments held two weekends ago and is also competing to win this tournament. Will this be the tournament where Coury Gatorade Conaree gets dethroned as champions of the small tournament or will they continue their winning streak?

The communities, football fans and general public are all encouraged to come out and support these games as the Association has made an effort to bring exciting football into all communities.