Anthony Johnson became the President of the SKNFA in 2009 and has since then committed every day of his life to the growth and development of football in St. Kitts-Nevis and the Caribbean Region. Johnson has gone above and beyond the call of duty to ensure that football is given the recognition it deserves. He has invested countless hours into supporting players from the grassroots level to the national level.

In 2012 the president along with fifteen(15) other representatives of FA’s around the world was appointed to FIFA’s Media committee. The list of member of committee is as follows: 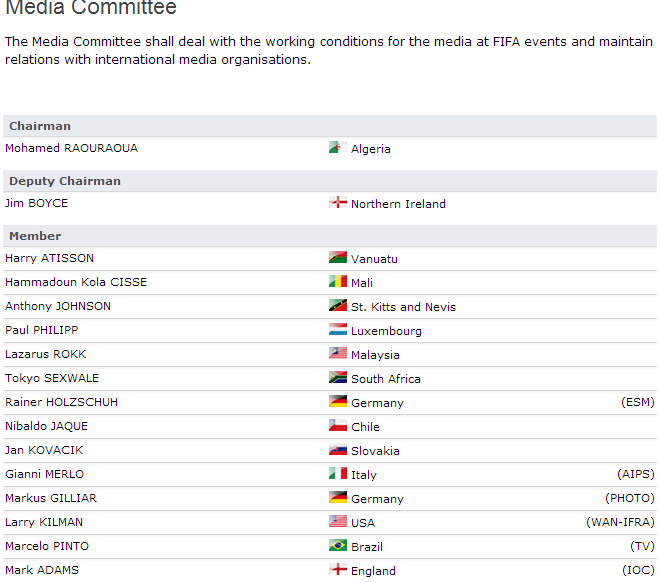 The SKNFA takes this opportunity to say congratulations to our president. We would also like to take the opportunity to thank you for your dedication to our worthy cause. We appreciate you very much.