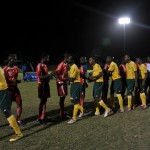 Basseterre, St. Kitts- As of Sunday 7th April the finalists of the SKNFA FA Cup finals have been decided. On Saturday 11th May teams advanced to the finals after defeating every team they have come up against thus far.

The FA Cup fixture consisted of 28 teams and thus far Delphic Newtown have had to defeat the likes of Harris Paint St. Peters, Rivers of living waters and KFC/Trinity Challengers.

Conaree had to defeat the likes of Davis Construction Lodge Patriots, Rams Village Superstars, Mantab and St. Thomas Trinity Strikers in order to earn their spot in the FA Cup Finals. 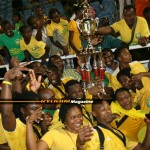 The showdown will take place at the Warner Park Stadium at 8:00 p.m.