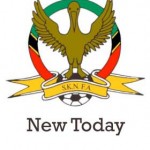 The Second round of the Digicel Premier League has come to an end and the top four teams will be competing this weekend for a chance to win the first ever Easter Cup. The four teams vying for the Easter Cup are S L Horsfords St Pauls, Conaree, Rams Village Superstars and Delphic Newtown United.

The football action begins on Saturday at 6:00 pm at Warner Park when Conaree ranked second comes up against Rams Village Superstars ranked third. The second match is between number one ranked S L Horsford St Paul vs Delphic Newtown United ranked fourth in the competition.

The winners of Saturday matches will compete on Sunday for the Championship while the losers will compete for third place. Sunday’s Matches are also scheduled to start at 6:00 and 8:00 pm.

The admission for the two day tournament is $5.00. The decision to have the Easter Cup priced at a low cost is to show appreciation to the fans that have supported football during the past few months. “It has been difficult to host Premier Division games in various locations and have the fans follow their teams and support the game. We think it is a way of saying thank you to the fans,” explained Stanley Jacobs General Secretary.

The winner of the Easter Cup will be playing for a Cash Prize and a trophy.

The Easter Cup is set to be an exhilarating two days of football. All football and non football fans should not miss this event. There will be lots of action at the game and it will be a fun day for the entire family.