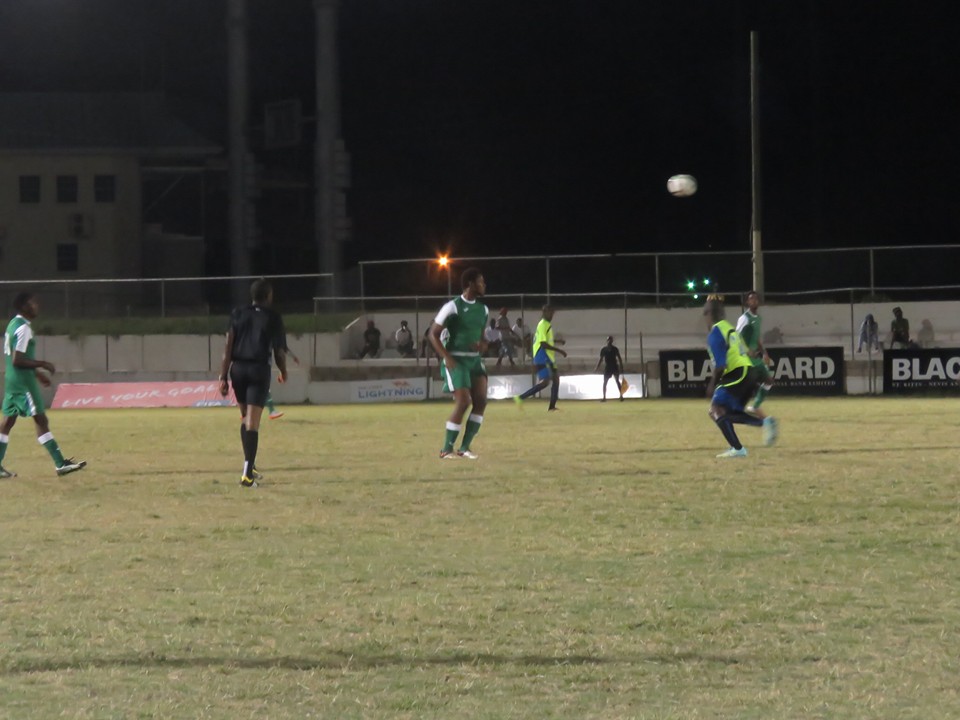 Sunday’s Division 1 games will have Davis Construction Lodge Patriots coming up against Molineaux, at the Ottley’s Playing Field. Officials for that match are Judell Matthew Florencetine Morton and Len Harris.

So, there is no shortage of action and excitement for football fans in the federation. All you have to do is turn up and have a great time with family and friends.