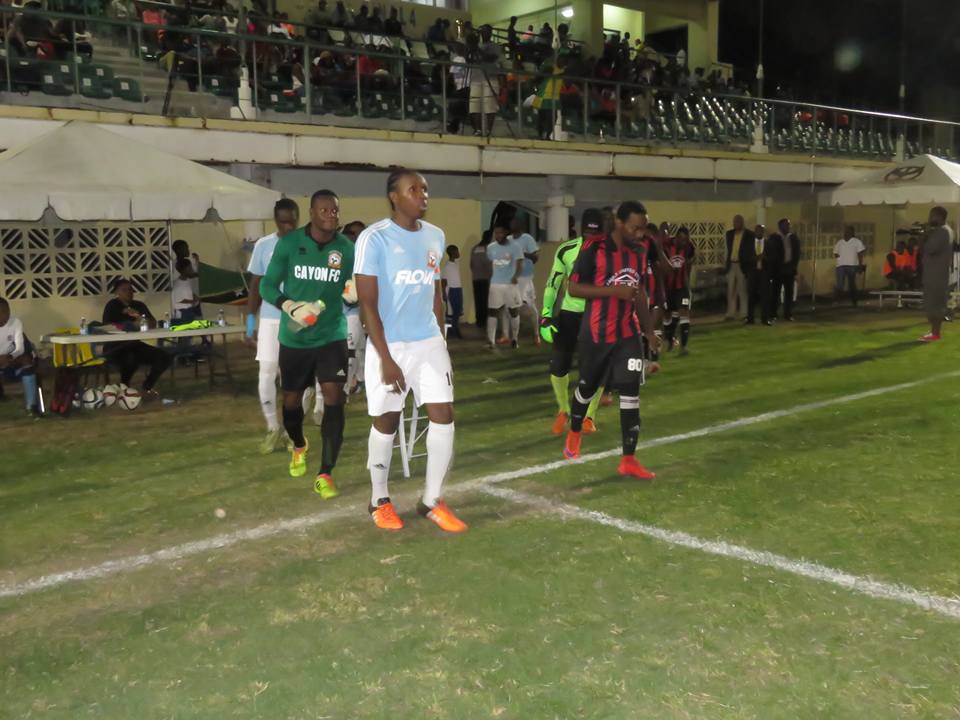 It was not to be. In spite of the pressure placed on FLOW 4G Cayon Rockets, the defending Final Four champion S L Horsford St. Paul’s United could not secure their entry into the 2016 finals of the competition – The Best of Three.

It was a marque game that lived up to expectations. There were a few close calls for both teams – alarming moments, depending on which team you were supporting. All that Cayon needed from Saturday night’s game was a draw. St. Paul’s, on the other hand, needed to win.

Early, Cayon Rockets attempted to play a fairly fast game down the flanks and to place as much pressure on the St. Paul’s defence and their goalkeeper. It partially worked, but some believed that it also worked against Cayon that needed to build better passes to set up the potential goals.

Generally, FLOW 4G Cayon Rockets showed the better play in the first half of the match, as they brought the ball forward frequently, testing the skills of the St. Paul’s defenders. The second half was a bit of a mix until near the end, when St. Paul’s United opened a new playbook and began putting serious pressure on the Cayon goalkeeper. Shots were being taken from the left side, the right side and the center. Cayon Rockets did well to hang on until the referee blew the final whistle. The score: 0-0.

But St. Paul’s did not do themselves a favour either, because they failed to ‘own’ the ball for any consistent period of play, nevertheless, in the last 15 minutes of the game, St. Paul’s found an extra tank of energy, that made Cayon Rockets defence and goalkeeper work extra hard to keep the ball out of the net. There were anxious moments for both teams and their fans, but in the end, Cayon Rockets secured their place in the finals of the Final Four.

In heavily packed stands, the crowds cheered loudly for their team. There was no shortage of support. The atmosphere was exuberant with the Iron Band, and people were having a good time. It’s the new football – Entertainment, said one animated fan.

Come June 10, the Best of Three Finals will commence to round off the St. Kitts-Nevis Football Association Premier League season. Matches are scheduled for June 10, 14, and, if necessary, June 17.