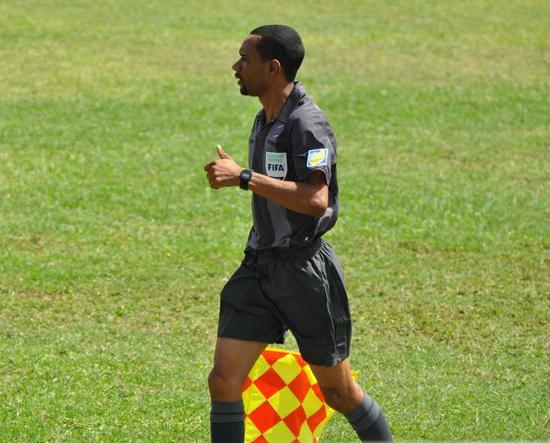 Basseterre, St. Kitts.
Just days after we announced that Graeme Browne along with two other officials of St. Kitts-Nevis made it to the FIFA 2013 lists of officials, he is back at it.

Graeme Browne’s last appointment was that of Assistant Referee for the CFU Caribbean Cup Finals where he assisted in not only the final round but the final match. Technical Director Mr. Lenny Lake was present at this game and praised Graeme for the tremendous job he did in the championship game.

Apparently, Lake was not the only person who realized this, Graeme has received high praises on his performance. Now, just one month after his last appointment, he has once again been summoned to officiate at the regional level.

Graeme Browne has been appointed to officiate for the CONCACAF U-20 Championship, which will take place in Puebla, Mexico from February 18 to March 3, 2013. Graeme is one of the top referee assistants on the islands and is testament to the rewards of discipline, hard work and dedication.

Congratulations Graeme! We wish you the best.