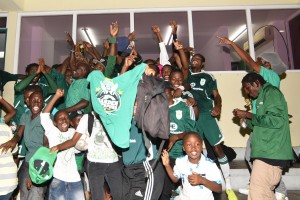 Tahir Hanley was the hero of the championship as he propelled his team toward victory with the only goal of the match. With one goal Spurs were able to lift the Easter Cup proudly. The SKNFA wishes to extend congratulations to H E Garden Hotspurs on this victory.