Basseterre, St. Kitts- Four young men have been chosen out of a possible thirty to join players from across the region in the Chelsea Academy as a part of the Digicel Kickstart Clinic. Coaches from the Chelsea Football Club are travelling the Caribbean in search of outstanding talent and stopped by to take a look at Kittitian/Nevisian footballers.

After a long day, the three coaches, David Monk, Kane Cowburn and Andrew Ottley had to make a final decision as to who they would take along with them to Barbados later this year. The choices were as follows: 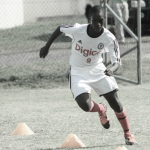 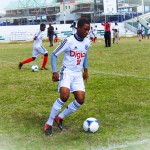 – Xavier Henry was chosen as the wildcard selection. 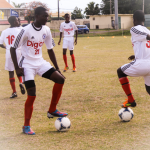 Congratulations are extended to the selected individuals. We hope that you take the opportunity to learn as much as possible.