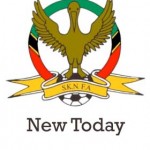 Orlando along with Dionis Stevens was invited to trials held a few weeks ago in Antigua. Orlando was selected in the 26 man squad of which 18 players must come from the Antigua & Barbuda.

Mitchum left the federation on today to start training with his new team which plays the Los Angeles Blues on April 17 2011 at the Sticky Wicket Stadium in Antigua.

The St Kitts Nevis Football Association would like to wish Orlando much success in his new career.

Orlando began his career playing in the schools. He played with several teams which included Washington Archibald High and St Peters before finding a home with the now Delphic Newtown United Football Club. Orlando made his debut with the National Team in 2004.