Basseterre, St. Kitts- Romaine Sawyers, young Kittitian footballer has been recognised with a Mixed Blessings Award(MBE) for his outstanding work in his footballing career. Sawyers, the young English player who score a hat-trick on his international debut vs Trinidad in the Olympics last summer is one of the most popular local footballers, though he is not stationed here. The Mixed Blessing Awards (MBA) was set up by Verve Connections which is an exciting international young events management company with ambitions to initiate, develop and deliver fresh concepts to promote information and knowledge about the Federation of St Kitts and Nevis. 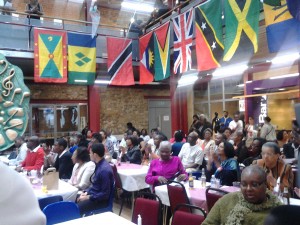 In a small speech expressing his gratitude, Romaine stated “It was amazing to be part of an event with so many talented acts from the St kitts & Nevis heritage and it was a great honour to be given the people’s choice award.Its always good to be recognised and appreciated for representing my country and I want to give a special thanks to Lincoln Moses MBE and My mother (Diane Sawyers) who told me I could be anything i wanted to be when I was younger and giving me the belief and guidance from then till now and also to all the coaching staff and players over in St Kitts and Nevis”. 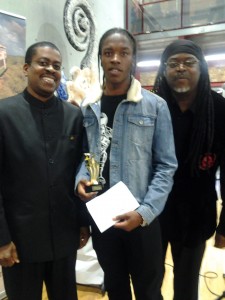