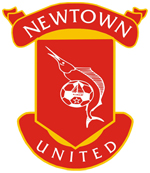 The Management Committee of the Newtown Sports Club would like to inform the general public that we have selected six (6) of our players to attend football trials hosted by the Miami FC, a team within the North American Soccer league.

The trials are to commence on Saturday the 20th of February and end on Sunday the 21st of February 2010.

We would like to thank the following, without whose help this venture would not have been possible: Mr. Keith “Kayamba” Gumbs, Mr. Hugh Mallalieu (Station Manager for American Airlines ), Mr. Emile Smith ( of Miami ), the SKNFA and the various employers who were more than willing to give the players leave from work.

We hope that you will join us in wishing them much success.