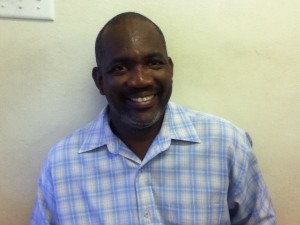 BASSETERRE St. Kitts- This just in, The SKNFA congratulates Second Vice-President and Chairman of Technical & Development Committee, Alistair Edwards on his new appointment as member of the CFU Development & Technical Committee. According to CFU’s official documentation issued to the member associations, “the goal of the Committee shall be to improve and ensure the effective planning and execution of all of the Union’s competitions through offering advice to the Executive Committee on by undertaking the development of the format, venues and draws for CFU tournaments”.

Alistair “Al” Edwards who was raised in Cayon Village has contributed in many areas of football, whether it be as a player, coach, commentator or SKNFA executive member. His knowledge spans over numerous years of interaction, observations and direct as well as indirect involvement in this sporting discipline.

CFU’s documentation continued, “the membership of the Football Committee shall be comprised of no more than 7 members. The President and General Secretary shall be ex-officio members of the Committee. Committee members should possess a sufficient level of knowledge in football, football competitions, events management, technical development, strategic planning, and policy development”.

Alistair’s credentials have rendered him eligible for this position under CFU. In speaking with Mr. Edwards, he expressed, “This appointment will allow me the opportunity to serve football not just in my community and nation but on a wider scale now. Technical development has been forte as top level coach. What I have achieved will allow me to help football in my region”

Al, a former SKNFA Senior National coach has already gained so much in the football world. He has achieved the CONCACAF Levels 1 and 2 License, German Preliminary Badge, English Preliminary Badge, SKNFA D License, FA international coaching license (UEFA B Equivalent) and is currently attempting the UEFA A License. His newest accomplishment will allow him to serve on the committee up until 2016.

Once again congratulations to Mr. Alistair Edwards, we know you will do us proud.