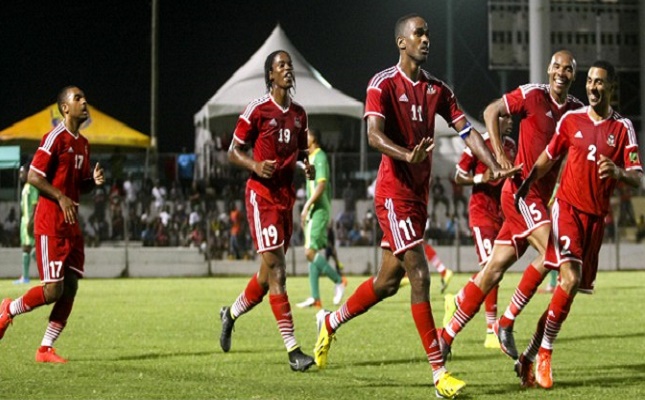 The official rankings were released today, April 7, and it shows St. Kitts and Nevis has moved up the rankings from position #121 to position #92, with a total of 368 points.

SKNFA President Anthony Johnson extended congratulations to the team, its coaching and management staff. He said, “Congratulations to the players, coaching staff and management of the team, football fans, sponsors, the media, SKNFA executive, technical, field and office staff, member clubs and their respective coaches and all other persons and entities whose dedication, hard work, commitment and sacrifice have made this achievement possible.”

Another official said, “Congratulations are in order for the SKNFA (clubs) and all its partners who have worked and are still working to achieve this advancement in the football world and sports in general.”

It has been an achievement that has been a focus of the SKNFA over the past several years, as it worked to provide the conditions to enable the team to improve performance. According to President Johnson, reaching a ranking below 100 puts the country in a better position to take advantage of opportunities for its players, especially on the European circuit.

Representatives of the SKNFA have been on radio today informing the nation of the achievement with listeners calling-in to the programs to give their congratulations to the team.

According to SKNFA General Secretary Stanley Jacobs, the achievement is more than that of the team. He said, “It is a national achievement, because the fans, the sponsors, volunteers, the Public and Private Sectors, the SKNOC and other contributors have all made it possible for the team to reach this far.”

Recently, the team topped the table in points for the first round of matches in the CFU Caribbean Cup matches by beating Aruba 2-0 and Antigua and Barbuda 1-0. The team also performed very well against teams like those of Costa Rico, Bermuda, Estonia and Andorra.

The SKNFA has a well-structured football infrastructure that includes the grassroots program, women’s football and substantial training for its more senior players, coaches, referees and other technical staff.

According to Jacobs, there will be no easing up, but the continued concerted efforts to reach higher goals.