The final twenty (20) names have been released for St. Kitts & Nevis’ Senior National Football Team for the upcoming CFU Caribbean Cup Qualifying Round I. The team, which has been preparing itself for this challenge has been training for months now and the coaching staff has trimmed the team down to a slender twenty (20) men.

The team comprises of players from the various clubs around St. Kits & Nevis as well as some overseas-based players. The list is as follows: 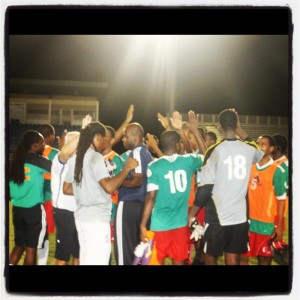 The tournament begins on Wednesday 10th October, 2012 with two games daily. St. Kitts & Nevis must excel amidst team such as trinidad & Tobago, French Guiana and Anguilla if they are going to make it to the second round. e are confident that our team is strong enough to overcome these obstacles and move on to Round II.