Curacao- The Sugar Boys U20 team have yet again managed to emerge victorious over their opponents at the CFU U20 World Cup Qualifiers. On Friday 1st August, St. Kitts-Nevis came up against Cayman Islands in their quest to secure a place in round II. On this their second challenge before phase 2 in Trinidad in September, the Sugar-Boys have managed to make the federation extremely proud once again. 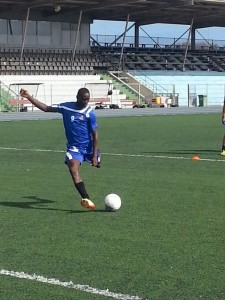 Their first victory came on Wednesday 30th July and now Team SKN have secured their second victory. In the second match Tijhaun Isaac, Raheem Francis, Shaqkeem Butler, Zajah Isaac and Vinceroy Nelson scored the goals to take the team to a convincing victory. The young sugar boys also conceded one goal but it was too little to take the crown from the heads of our boys. 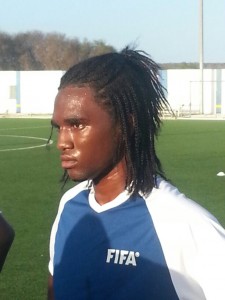 The third and final match for Round I will take place on Sunday 3rd August when St. Kitts- Nevis comes up against hosts Curacao .
The SKNFA wishes our boys the best of luck, we are already proud of you!