The wait is finally over and the fans can finally be treated to the highly anticipated SKNFA Playoff Finals. On Saturday 9th June, both Delphic Newtown United and Conaree FC emerged victorious and earned themselves the two opening spots in the finals.

Delphic Newtown United has won a total of four(4) Playoff Championships in the last ten years. Conaree FC on the other hand has not won any championships since the inception of the club, in fact this is their first time playing in the finals. 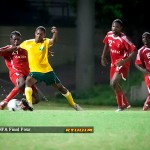 Game 1 promises to be a brutal brawl to the end. Who will have that competitive edge? Will experience have the advantage, or will sheer hunger for victory and the chance to etch their names into the stones of history be Conaree’s motivation to victory.

We will find out in approximately nine(9) hours! See you at Warner Park. 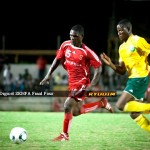