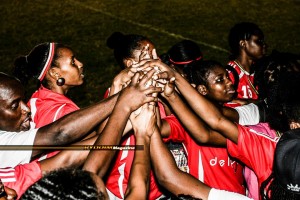 Basseterre, St Kitts- At this point the only question plaguing the minds of football fanatics is, “what will they win next”? On Saturday 21st September, Delphic Newtown United Female proved just why they were the reigning champions since the inception of female football in St. Kitts-Nevis.

When the final score of the final match ends 6-0, the champions need not convince anyone of their eligibility. Delphic newtown has once again dominated the SKNFA’s Elvis Star Browne Women’s League. After qualifying for the final Four with an unbeaten record, DNUFC came bak to qualify for the finals with yet another spotless record. 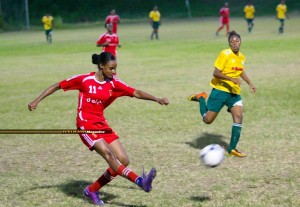 After ninety (90) minutes of play, Newtown had managed to score six times against Conaree. Conaree, had to go into this battle without their main goalkeeper Tynetta McKoy who picked up a red card the previous game. At the end of the first half, Newtown had beaten their opponent’s defensive line and found the back of the net a whopping three times. Conaree found the back of the net once in the first half, unfortunately, that net belonged to them and would take Newtown’s total for the first half to four. 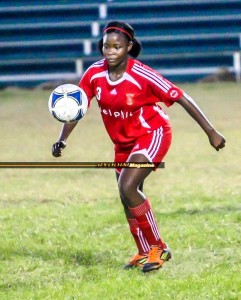 In the second half Conaree managed to hold off Newtown much better than in the first half and conceded only two goals, taking the total number of goals to six for the reigning champs. Scoring for Delphic Newtown United:
Shontelle Wilkinson 31st minute, Tarvia Phillip of Conaree scored an own gown in the 35th minute, Acima Eddy 38th minute, Tracy Willock struck twice in the 41st & 69th minute and Captain Shandor Wilkinson in the 58th minute. Tracy Willock of Delphic Newtown United won the MVP award. 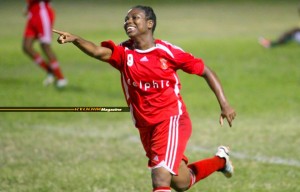 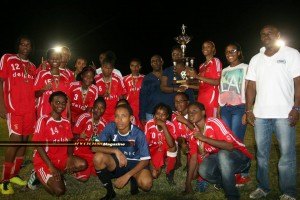 Congratulations are extended to the Delphic Newtown United Female team’s management, staff and players as well as its supporters.