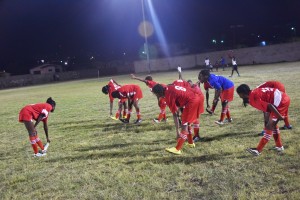 At the end of full time, Strikers failed to score and Conaree were headed to the finals. CCC Bath United did not show up for their match against Winner Circle Newtown United. Newtown advanced to the finals uncontested.

In the final match, Tyra Wilkinson scored in the 35th minute of play which turned out be the only goal of the game.